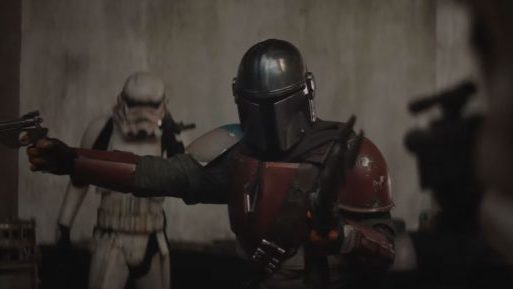 The Mandalorian will be the first Star Wars series on Disney’s upcoming streaming platform (though certainly not the last) and every trailer we’ve gotten so far looks awesome.

The actual plot of the story is shrouded in mystery and these trailers provoke intriguing questions. Who is the Mandalorian? Is it Boba Fett? How did they talk Warner Herzog into this? Space rhinos?? See for yourself.

This cast is extremely appealing, with Bill Burr, Carl Weathers, Taika Waititi, Giancarlo Esposito and Gina Carano all popping up and Pedro Pascal in the lead.

Also, the pilot episode will apparently feature some sort of “dramatic Star Wars-universe spoiler”, according to the New York Times. There were no hints as to what that spoiler might be but suffice to say, come November 12, this show will be at the very top of Disney+ customers’ watch list.