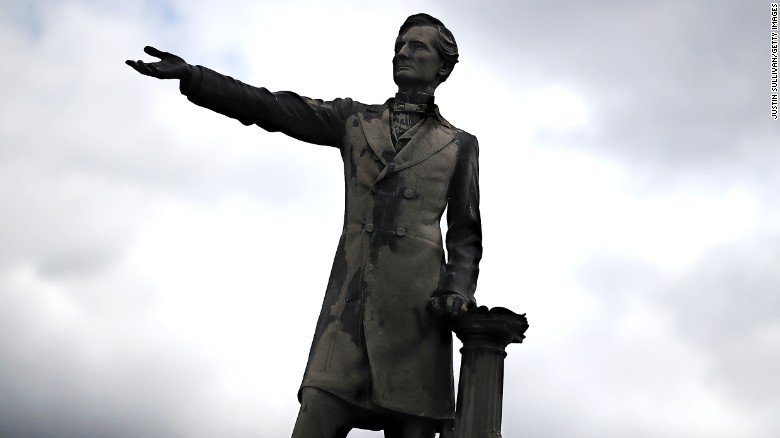 New Orleans is continuing its purge of memorials to some of the ugliest chapters in American history by pulling down a 106-year-old statue of Confederate President Jefferson Davis.

“This morning we continue our march to reconciliation by removing the Jefferson Davis Confederate statue from its pedestal of reverence,” Mayor Mitch Landrieu tweeted. The removal took place between the hours of 3 a.m. and 5 a.m., but that didn’t stop protesters from showing up, some to condemn the removal, some to support it.

Some protesters chanted “President Davis” while others chanted “take ’em down.” There were some reports of the protests getting aggressive, but no arrests were made.

New Orleans is also planning to remove a statue of Confederate general Robert E. Lee. It, along with the other statues, will be relocated to a museum. “The removal of these statues sends a clear and unequivocal message to the people of New Orleans and the nation: New Orleans celebrates our diversity, inclusion and tolerance,” Mayor Landrieu said in a statement.