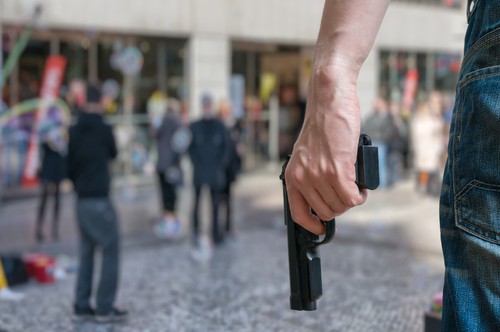 An analysis published by The New York Times explores comparative data from various countries to determine what factors seem to make mass shootings more likely. From the report:

Americans make up about 4.4 percent of the global population but own 42 percent of the world’s guns. From 1966 to 2012, 31 percent of the gunmen in mass shootings worldwide were American, according to a 2015 study by Adam Lankford, a professor at the University of Alabama.

The analysis seems to suggest that some often proposed root causes of American gun-involved deaths—mental health, social cohesion, violent video games—prove to be unconvincing when compared to data on gun-related deaths from other countries.

For example: “A 2015 study estimated that only 4 percent of American gun deaths could be attributed to mental health issues. And Mr. Lankford, in an email, said countries with high suicide rates tended to have low rates of mass shootings — the opposite of what you would expect if mental health problems correlated with mass shootings.”

Access to guns and gun ownership is (as you may have guessed) a leading factor in the number of gun-involved deaths, according to the study, but some of the other observations and conclusions reported may surprise you.

For example, the report suggests that while America may not be more “prone to crime” than other countries, American crime is generally more lethal: “A New Yorker is just as likely to be robbed as a Londoner, for instance, but the New Yorker is 54 times more likely to be killed in the process.” The report presents this data to suggest that the discrepancies in gun violence between the U.S. and other countries may be explained by American culture itself. “The United States is one of only three countries, along with Mexico and Guatemala, that begin with the … assumption: that people have an inherent right to own guns.”

You can check out the entire report here.