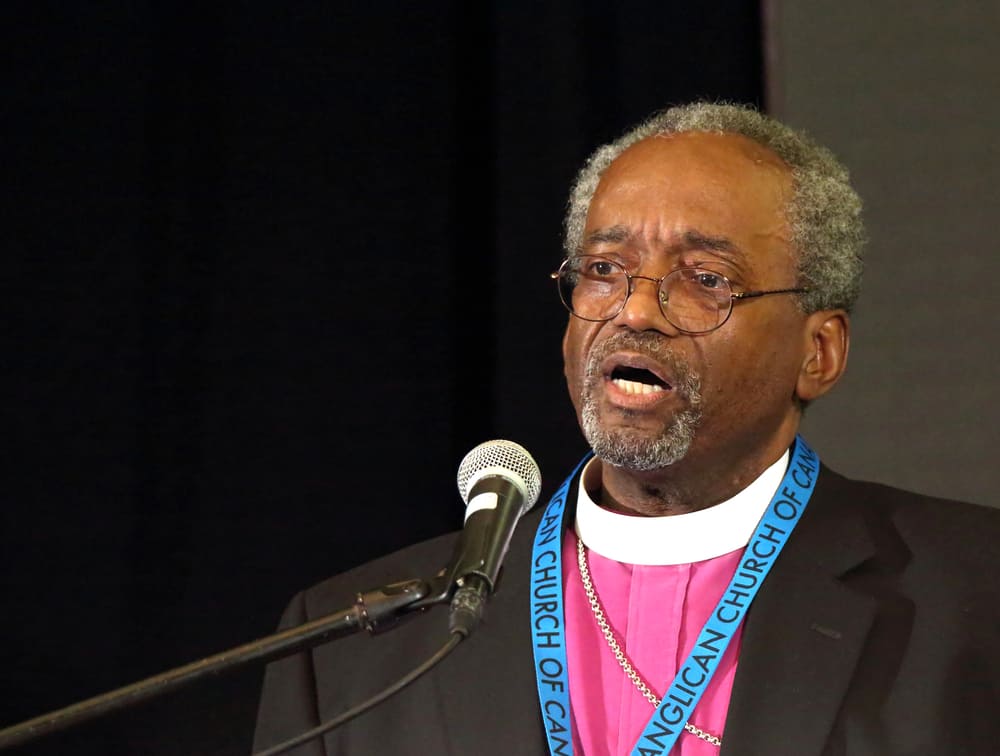 On Thursday, Episcopalian Church Presiding Bishop Michael Curry and other faith leaders led hundreds in a candlelight vigil outside the White House to denounce nationalism, racism, misogyny and other social issues.

Sojourners founder Jim Wallis and author Tony Campolo were among the faith leaders who joined Curry in signing a declaration that was read in front of the White House lawn before going to the National City Church for a prayer service (h/t Christian Post).

The declaration, titled Reclaiming Jesus: A Confession of Faith in a Time of Political Crisis, states its intention to address “a dangerous crisis of moral and political leadership at the highest levels of our government and in our churches.”

The statement rejects “the resurgence of white nationalism and racism … misogyny, the mistreatment, violent abuse, sexual harassment, and assault of women … the language and policies of political leaders who would debase and abandon the most vulnerable children of God … the practice and pattern of lying that is invading our political and civil life … [and] any moves toward autocratic political leadership and authoritarian rule.”

Curry insisted that Thursday’s actions do not constitute a “protest march,” Christian Post reports. He and other leaders contend that the actions have more to do with expressing authentic Christian faith than with the current president or partisan politics.

Jesse Duplantis: God Told Me to Tell You to Buy Me a $54 Million Jet