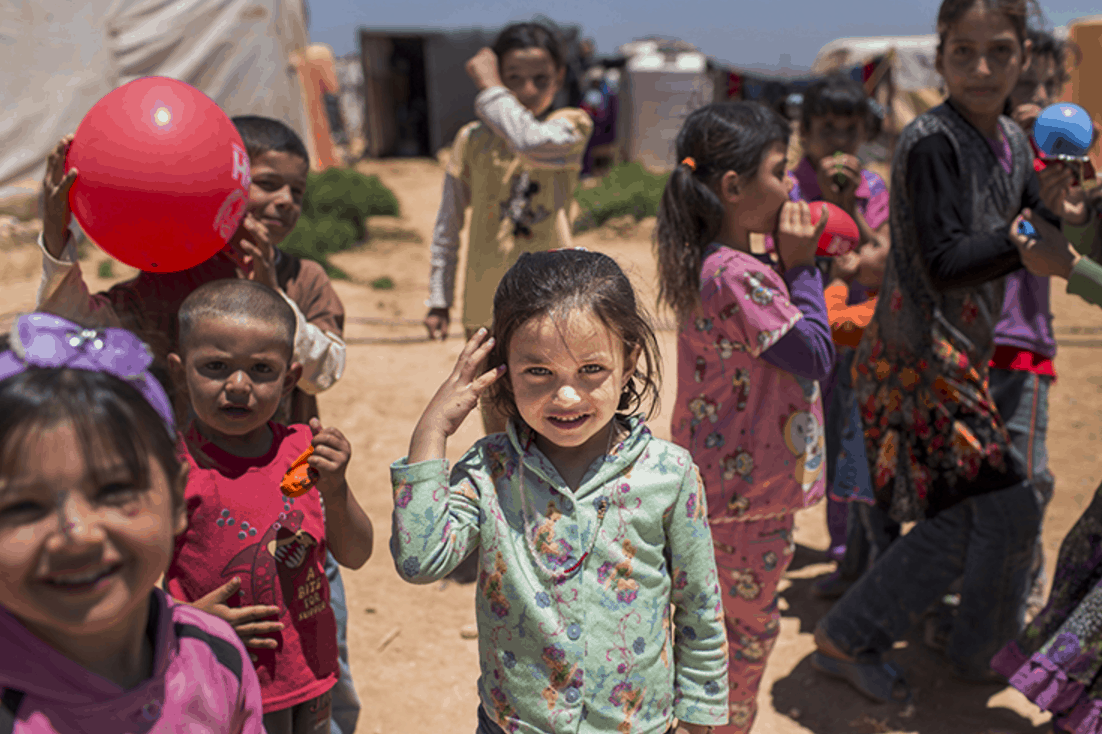 Pew Research Center has released the findings of a study that has found that slightly more than half of Americans—51 percent—believe that the United States has a responsibility to welcome refugees into the country.

However, when they broke down opinions by demographic, one group stood out as an outlier for how strongly they oppose refugees: White evangelical Protestants. They were the least likely group out of those surveyed to say that the U.S. should help them.

Only 25 percent of evangelicals told Pew that they believed the United States has such a responsibility, half the percentage of Catholics who said the same thing and substantially lower than the religiously unaffiliated.

That number is slightly lower than Republicans in general (26 percent). From The Post: “The next least-supportive group was those without college degrees, nearly 4 in 10 of whom agreed with the idea that a responsibility existed.”

Democrats were the most likely to believe that the U.S. had a responsibility to help refugees (74 percent), followed by African-Americans (67 percent), individuals identified as “Unaffiliated” (65 percent) and Black Protestants (63 percent).

As a reminder, here are some Bible verses (things God said to inform Christians of how they should live if they call themselves Christians):

When you reap the harvest of your land, do not reap to the very edges of your field or gather the gleanings of your harvest. Do not go over your vineyard a second time or pick up the grapes that have fallen. Leave them for the poor and the foreigner. (Leviticus 19:9-10)

He defends the cause of the fatherless and the widow, and loves the foreigner residing among you, giving them food and clothing. And you are to love those who are foreigners, for you yourselves were foreigners in Egypt. (Deuteronomy 10:18-19)

Now this was the sin of your sister Sodom: She and her daughters were arrogant, overfed and unconcerned; they did not help the poor and needy. (Ezekiel 16:49)

Do not oppress a foreigner; you yourselves know how it feels to be foreigners, because you were foreigners in Egypt. (Exodus 23:9)

“So I will come to put you on trial. I will be quick to testify against sorcerers, adulterers and perjurers, against those who defraud laborers of their wages, who oppress the widows and the fatherless, and deprive the foreigners among you of justice, but do not fear me,” says the Lord Almighty. (Malachi 3:5)

“As for the foreigner who does not belong to your people Israel but has come from a distant land because of your name— for they will hear of your great name and your mighty hand and your outstretched arm—when they come and pray toward this temple, then hear from heaven, your dwelling place. Do whatever the foreigner asks of you, so that all the peoples of the earth may know your name and fear you, as do your own people Israel, and may know that this house I have built bears your Name. (1 Kings 8:41-44)

No stranger had to spend the night in the street, for my door was always open to the traveler (Job, discussing his devotion to God) (Job 31:32)

Just as a body, though one, has many parts, but all its many parts form one body, so it is with Christ. For we were all baptized by one Spirit so as to form one body—whether Jews or Gentiles, slave or free—and we were all given the one Spirit to drink. Even so the body is not made up of one part but of many. (1 Corinthians 12:12-14)

For the entire law is fulfilled in keeping this one command: “Love your neighbor as yourself.” (Galatians 5:14)

He asked Jesus, “And who is my neighbor?”

In reply Jesus said: “A man was going down from Jerusalem to Jericho, when he was attacked by robbers. They stripped him of his clothes, beat him and went away, leaving him half dead. A priest happened to be going down the same road, and when he saw the man, he passed by on the other side. So too, a Levite, when he came to the place and saw him, passed by on the other side. But a Samaritan, as he traveled, came where the man was; and when he saw him, he took pity on him. He went to him and bandaged his wounds, pouring on oil and wine. Then he put the man on his own donkey, brought him to an inn and took care of him. The next day he took out two denarii and gave them to the innkeeper. ‘Look after him,’ he said, ‘and when I return, I will reimburse you for any extra expense you may have.’

“Which of these three do you think was a neighbor to the man who fell into the hands of robbers?”

The expert in the law replied, “The one who had mercy on him.”

Harvey Weinstein Has Surrendered to the NYPD