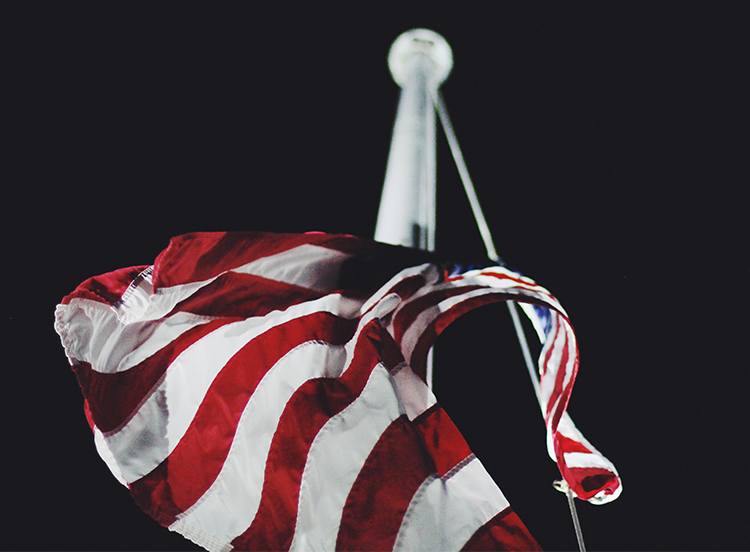 I (along with the rest of the world) lost track of how many times 2016 made me question reality. Too often I opened Twitter to find another celebrity name trending—not knowing if they recently passed or were the latest guest on Jimmy Fallon. Too often I had to double check if I was reading actual election updates or The Onion, if I was watching CNN or a circus.

In the aftermath it’s been nearly impossible to not talk about politics with people—and equally impossible to not end up in some kind of debate. I’m sure we all have seen Facebook fights escalate much quicker than usual and demeaning comments reach an all-time high. Yet nothing has been as alarming as the rampant fearmongering I’ve witnessed. Especially from the pulpit.

Any writer will tell you the usefulness of fear as a rhetorical device. Any well-seasoned communicator knows fear can be used to sway a crowd. We expect this of public speakers and politicians; we should never stand for it from pastors.

Fear can be useful, important and necessary. It can carry warnings and remind us to use caution. Yet fear should never, ever be used to manipulate. If someone needs fear to sell you their ideas, if their whole message is built on making you fearful, if their only call to action requires scaring you into following, how big is their faith? How big is their god?

Jesus lived and taught during a stressful political environment. There was plenty for the Jews to fear under Roman rule. Living in an unstable political climate is naturally anxiety inducing—especially for the politically powerless and minority groups. We see Jesus neither dismiss these fears nor dwell in them; He acknowledges people’s realities yet points to a new way forward.

Fear is real. Fear should be felt. Fear needs to be acknowledged—especially the fears of others. Even if we don’t experience the same fears, even if we don’t personally understand, we need to validate the experiences and worth of those around us. Honoring the Imago Dei in one another requires recognizing each other’s humanity, too.

Fearmongering, however, is twisting a human reaction and using it for personal gain. Deliberatively inciting fear into people or exaggerating a threat at hand in order to achieve a desired response is not only dishonest but it’s disgusting. Especially when it’s coming from a pastor.

We live in a broken world where darkness is constantly trying to win. But giving in to a scarcity mindset makes it seem like the war is on our shoulders. When we allow fear to take root and a fearmonger to lead us, we mistakenly believe we need to be the solution to a problem we can never fix.

We’re supposed to be known by our love, not our fear. A people marked by fearful, anxious living aren’t a people touched by Christ. If we have to scare people into our religion, we aren’t truly understanding the gospel.

Perfect love, after all, casts out fear. It doesn’t fan it into flames.

Do we support a candidate because we believe in their policies or because we’ve been led to fear their opponent? Are our views on gay marriage rooted in the desire for love to ultimately win or in fear of “other”? Are our sermons focused on welcoming people into heaven or scaring them out of hell?

“Do not be afraid” is a common command in the Bible for a reason. Christ isn’t telling us to never fear; He’s telling us we don’t have to stay in the fear. Feel it, but leave it. Acknowledge it, but don’t live in it. As always, God sees our brokenness and our human tendencies, and offers us a better way.

Fear makes us close our doors. Fear makes us turn our backs. Fear makes us focus on protecting ourselves, causes us to eye others with suspicion, leads us to think of our own needs. We react to problems, when we let fear take hold.

The state of our nation is, at times, worrisome. The future is always unknown. America is in dire need of honest, courageous pastors, teachers and leaders who, instead of pushing us toward fear, are committed to pointing us toward hope.