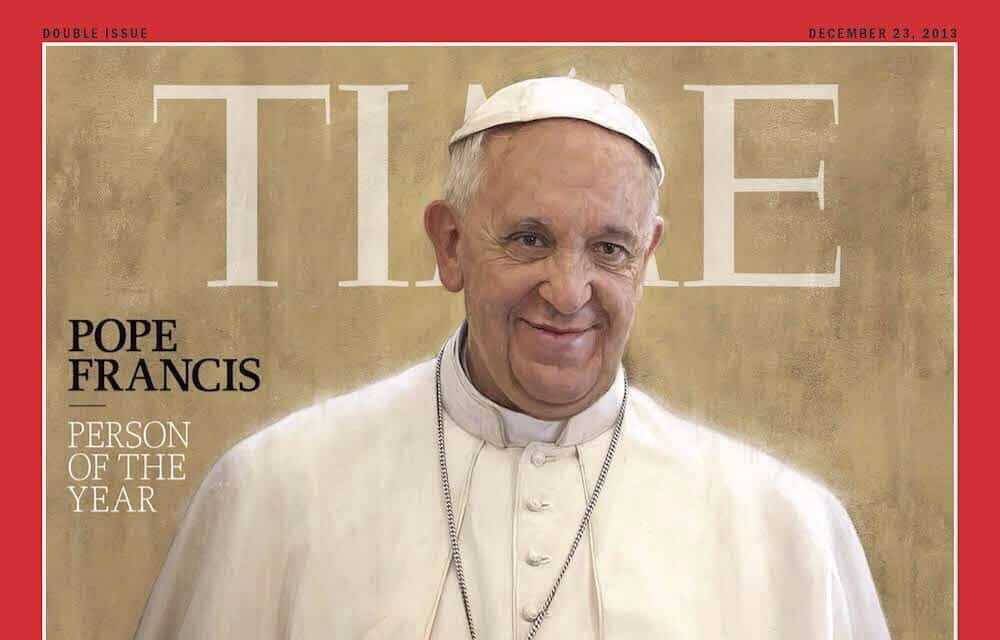 Conventional wisdom had it that TIME’s person of the year would either be Edward Snowden or Pope Francis. There was a case to be made for both. In NSA leaker Snowden, we saw the cracks form in a powerful institution. He exposed the worst in us: our need for control and power, and the extent we would go to maintain both.

In the end, however, TIME went for someone who brought out something very different in us. In nine months, Pope Francis has done something unprecedented: completely changed the tone of one of the world’s oldest and most powerful institutions. Maybe a handful of people in history have done anything similarly remarkable. He’s brought a humble simplicity to a station of opulence, and modeled a servant’s heart in a position of authority. Evangelical differences with Roman Catholics are plenty and of no small importance, but there is no denying Francis’ Christlikeness. He radiates it. No one in the world seems to be able to deny it. He’s convinced a world weary of the Church that there is something beautiful about it, and if that’s not criteria for person of the year, then what on earth is?

200,000 Earthlings Have Signed Up for a One-Way Ticket to Mars