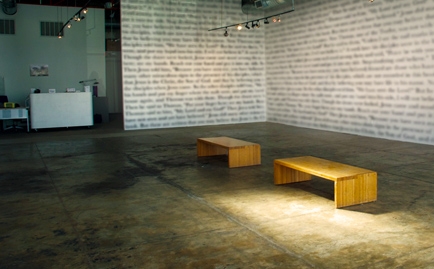 As you do not know the path of the wind, or how the body is formed in a mother’s womb, so you cannot understand the work of God, the Maker of all things. (Ecclesiastes 11:5)

I have to admit, I usually cringe when someone starts a conversation with “God told me …” It just makes me uncomfortable. I wonder if they’re one of the weirdo Christian types or a bit delusional. Sure, maybe it’s a prematurely negative reaction, but having heard people boast “God told me xyz” during much of my youth has made me somewhat of a skeptic. It’s not that I doubt God’s ability to speak to us. It’s that I sometimes question people’s motive for telling me, or their on-the-money certainty, or the smug look-how-special-I-am attitude with which they say it.

In the church where I grew up, apparently God was telling all my peers who to marry and which Bible college to attend. Hearing God was quite the obsession. Because I didn’t hear God telling me things with the clarity my friends were, I felt like a religious reject. God was more silent than not. Granted, I’m sure there were times I didn’t listen and other times when I should have been paying more attention. I won’t be naive and deny that. Still, He just wasn’t as transparent and as clear to see, hear and understand as I believed He should have been. I was plagued with questions. Why was God ignoring me? What was wrong with me? Should I pray more?

I’ve since resolved with the fact that God doesn’t communicate with me in theatrics, but with a quiet assurance. Sure, it bothers me every now and then, but I remind myself that it just happens to be His modus operandi. I don’t have to walk around thinking I suck because other people are allegedly hearing God talk to them in flowery soliloquies that could match the length of a novella and I don’t.

Make no mistake. I definitely believe God speaks to us. But I also believe the wires can get disconnected sometimes and His “speaking” and our “hearing” is much broader and deeper than what human beings experience in everyday conversation. We need to be very careful in trumpeting “God told me _____” from our rooftops, especially when it involves other people’s situations or the pain they are enduring.

I believe God can speak to us in the still, small voice in our soul, through words of wisdom from other people, through the indescribable beauty of creation and through the Bible. I believe He speaks to us through movies and even reality TV shows (He did speak through a donkey), when we’re staring blankly into space paralyzed by life circumstances, daydreaming while mopping the kitchen floor, crunching numbers and bothered by a case of the Mondays, or while experiencing road rage in a traffic jam. God can speak to us whenever and wherever.

Most of us are plagued by the same questions when we feel God is silent. Why does God choose to keep mum? Why doesn’t He choose to talk to us more clearly? The truth is, there just aren’t any pat answers. Sometimes we’re too busy with our own conversations to hear Him. Sometimes His reasons for communicating (or not) with us are as mysterious as He is. And the truth is, when we feel we hear God, sometimes we’re right and, sadly, sometimes we’re wrong. That’s why getting wise counsel and following biblical principles are critical for guiding us to figure out what we think God is telling us.

Don’t base your spiritual walk on how often you hear God or don’t or what He’s saying or not saying. When Jesus told Thomas, “Blessed are those who have not seen and yet have believed” (John 20:29), I think He was saying something like, “Blessed are you who still believe in me but don’t hear me all the time, or don’t always experience the kind of religious pomp and circumstance that makes you feel warm and fuzzy.”

We are blessed because we believe—whether we hear or not.

Dear God, I believe that You are speaking to me. Give me a soft heart to hear what You have to say. I trust that You will reveal Yourself to me in a powerful way.