Christians and beer have a complicated relationship. In recent decades, many conservative evangelical camps have deemed alcohol consumption to be a cultural no-no, relegating it somewhere between church taboo and sinful behavior. However, craft beer in Christianity is making a comeback as a new generation (many of whom were raised by teetotalers) is now setting their own rules for church.

However, abstinence from alcohol wasn’t always the norm in Christian communities (after all, Jesus’ first miracle was turning water into wine). For centuries, alcohol—especially intricately crafted beer—was a major part of life, even for devout believers.

From homebrewers to pub-goers, here’s a look at five of Christian culture’s most famous beer enthusiasts.

The man behind the world’s most famous stout was also a devout Christian. Inspired by a sermon from John Wesley, Arthur Guinness decide to turn his brewery and his brand into a force for good. As Stephen Mansfield explains in his book The Search for God and Guinness, the beer mogul—whose beverage was seen as safe alternative to the hard stuff prevalent throughout Ireland and England at the time—founded some of his country’s first Sunday schools and gave generously to the poor.

The Guinness family also believed in running an ethical business. The company paid employees extremely well, set up services to help their families and gave to charities. The brewery even famously operated 24/7 during WWII to make sure every English soldier got a bottle of Guinness with their Christmas meal.

The Father of the Reformation also happened to be an enthusiastic homebrewer. The sharp-tongued reformer was a prolific writer, and his love of beer—especially ones made at his home by his wife—frequently showed up in his letters and correspondence.

After two of his buddies graduated from theology school, Luther threw a party, asking friends to bring food because, “one must not depend on beer alone, of which my Katie has brewed fourteen tuns, in which she has put thirty-two bushels of malt to suit my taste. She hopes it may be good; you will judge for yourself when you taste it.” Sounds like a real rager.

During an extended trip away from home, he wrote to his home-brew expert wife, “You would do well to send me over my whole cellar of wine and a bottle of thy beer, or else I shall not be back before the new beer is ready.” His love of beer even jokingly played into his theology. He is widely credited with joking, “Whoever drinks beer, he is quick to sleep; whoever sleeps long, does not sin; whoever does not sin, enters Heaven! Thus, let us drink beer!”

The centuries-old Roman Catholic monastic Order of Cistercians of the Strict Observance are not only known for quiet contemplation and devotion to God; they are also famous for making some of the world’s most famous beers. In order to raise funds to support their monasteries, several brew their own brands of highly sought-after beers on-site with beer recipes that have been honed for centuries.

The “Westvleteren 12,” produced at an abbey in Belgium, is the stuff of legends: Its extremely limited quantity makes it almost impossible to find, but those who have tried it have called it one of the best beers in the world. Though the monks who make it sell it for only $2 a bottle—profit-making and high margins go against their values—the beers are so hard to come by that they can go for as much as $50 a bottle online.

Like many of America’s founding fathers, Samuel Adams was outspoken about his faith and frequently wrote of the virtues of Christianity. As the Governor of Massachusetts, he issued a Proclamation for a Day of Public Fasting, Humiliation and Prayer, saying, “That with true repentance and contrition of Heart, we may unitedly implore the forgiveness of our Sins, through the merits of Jesus Christ, and humbly supplicate our Heavenly Father, to grant us the aids of his Grace, for the amendment of our Hearts and Lives, and vouchsafe his smiles upon our temporal concerns.” Some of his final words were, “Principally, and first of all, I resign my soul to the Almighty Being who gave it, and my body I commit to the dust, relying on the merits of Jesus Christ for the pardon of my sins.”

But perhaps even more than his faith or acts of nation-founding, Sam Adams is most-associated with a different achievement: beer. The Sam Adams Boston Beer Company—one of America’s biggest beer-makers—is named after the real guy, who came from a family famous for their hand in early American beer-making. Like his father (who was a minister), Adams was a maltster, running a business providing an essential ingredient in beer. An ad that ran in the Boston Evening Post in 1751 specifically targeted microbrewers, reading, “ Strong beer, or malt for those who incline to brew it themselves; to be sold by Samuel Adams, at a very reasonable rate.” Thankfully, Adams was also a talented politician; his beer business ended up going under not long after he took it over from his dad.

The man who wrote some of Christian culture’s most popular books frequently sought inspiration in a seemingly unlikely place: The pub. Whether it was meeting his fellow Inklings (a group of Oxford writers that also included J.R.R. Tolkien) or tying a few on at lunch, Lewis was a frequenter of local bars. He was also no fan of legalism in Christianity surrounding the practice. He wrote, “I do however strongly object to the tyrannical and unscriptural insolence of anything that calls itself a Church and makes teetotalism a condition of membership … Don’t they realize that Christianity arose in the Mediterranean world where, then as now, wine was as much a part of the normal diet as bread?”

Lewis did recognize that some Christians will choose to abstain from drinking for a variety reasons, (“either because he is the sort of man who cannot drink at all without drinking too much, or because he is with people who are inclined to drunkenness and must not encourage them by drinking himself”), which is a good thing. However, he didn’t think that one person’s individual conviction should be applied to all followers of Christ. In Mere Christianity, he wrote, “An individual Christian may see fit to give up all sorts of things for special reasons—marriage, or meat, or beer, or the cinema; but the moment he starts saying the things are bad in themselves, or looking down his nose at other people who use them, he has taken the wrong turning.” 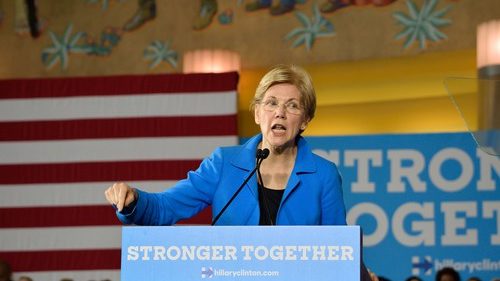 Elizabeth Warren Says She Would Consider a ‘Secular Outreach Coordinator’ 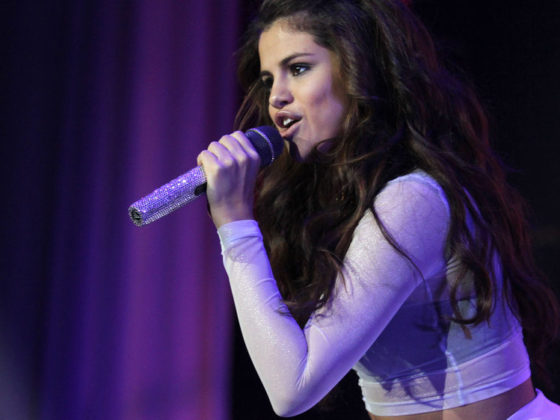