We’ve all met people who could use a little more doubt in their life.

And not the doesn’t-need-directions type of someone, either, but rather a person who perfectly understands all of life’s meaning and purpose and confidently shares knowledge with you (and you, and you, and what the heck, why not you?). And by “all” meaning and purpose, of course, I mean not just his, not just yours, but God’s as well.

Harold Camping is an easy example, though we see smaller versions of him often enough. It’s a common stereotype—straight-laced white man in a sweater vest pontificates on God’s will. Cue incredulous laughter (or groans).

Yet the stereotype is not entirely unearned. Think of the person assured of God’s specific answer to prayer. Or the one who knows exactly why you got cancer or why your friend passed away. Or even the guy with a Word from the Lord particularly for your sin (hang around a certain kind of Christianity long enough, and someone’ll give you a Word).

Nearly all of us know life isn’t so simple. Prayers aren’t always answered. Sickness and death aren’t easily explained. Plus we realize how insane the Campings of the world look, and we know that many non-Christians see only a thin line of crazy between them and all believers. We know we have to work extra hard to distance ourselves from the nuts.

These kinds of thoughts are perfectly natural. Normal. Healthy. But are they good?

Because the irony for many Christians, particularly young Christians, is that we’ve heavily embraced doubt. And not as a perpetual temptation or sparring partner so much as a badge of honor, proof that we’re intellectually rigorous, honest, and thoughtful–not the mindless automatons the world thinks we are. Yet in doing so we’ve bought into the general cultural ethos for religious discussion today, namely that you can believe whatever you want—provided you don’t believe it too strongly.

We’ve come to share sentiments like those of author and journalist Tom Bissell, who said in an interview, “I find people who are very certain about their beliefs fascinating and really compelling, and also somewhat repulsive.”

It has become unfashionable to believe firmly. People who do are at risk of being viewed like zoo animals (fascinating, compelling and somewhat repulsive). And if discovered, you’re likely to be lumped in with “those Christians,” a nebulous designation that nonetheless assigns you all the most embarrassing qualities of fundamentalism.

To keep this at bay, we’ve learned to qualify our statements, leaving enough room to wiggle out of any tight corners. I myself have listened to conversations between otherwise thoughtful, intelligent Christians in which the words “think,” “seem,” and “feel” were used at a rate previously unheard of in English language history. Whatever else, we’re loathe to come off too strongly.

Yet the more we borrow from the language of doubt, the more difficult it becomes to say anything with conviction.

But above all, the worst possible thing you can do is pretend your doubts don’t exist. There are indeed many serious objections to faith that deserve consideration. Thoughtless belief is not somehow more praiseworthy. And ignoring doubts and questions is rather like ignoring rats in your basement or mold in your walls. But, while Christian doubt should be addressed openly, this is not the same as embracing it as good or admirable simply because it’s a problem we’ve never managed to get rid of. Perhaps the second worst possible thing you can do is come to love your doubts.

So how does this work? How can Christians affirm healthy doubt without affirming doubt by itself is inherently good?

It might be helpful at this point to think of the Christian life like a marriage. Only the newlywed would suppose that marriage isn’t without its fights, and anyone who’s made it past their honeymoon (and sometimes not even) knows that occasional disagreements are inevitable, but by no means a reason to hide or panic or feel ashamed.

Often, in fact, a marriage can be strengthened by confrontation, the airing of dirty laundry and the opportunity to extend grace and love to the other. Yet no sensible person would claim that fighting your spouse is good or should be encouraged. Confrontation, when embraced or handled poorly, can be equally if not more destructive than suppressed disagreement.

In the same way, doubt can be a catalyst for personal and spiritual growth, but we need never confuse this with doubt itself being good, something to strive toward or be proud of. If we root ourselves in doubt and treat it like our final destination (instead of perhaps that seedy motel that pushes us back onto the road), we’re naturally missing not only a good portion of the journey, but also a much richer and more satisfying destination ahead.

Christians struggle with both sides of the problem. There are those who are incapable of beginning a sentence with anything other than, “I don’t know, but I feel like … ” and there are those who firmly plant their feet down and speak fluently in absolutes.

So how can one encourage conviction, but not conviction run amok?

G.K. Chesterton is particularly helpful here. In his famed Orthodoxy, he argues that we suffer from “humility in the wrong place,” explaining that “modesty has moved from the organ of ambition” and instead “settled upon the organ of conviction; where it was never meant to be.” On the one hand, with no check on “ambition,” some get lost in self-focus, conflating their thoughts, concerns and interests with the divine. But on the other hand, with too much modesty and too little conviction, others are unable to come down strongly on anything.

This is remarkably prescient for our own day, given that Chesterton was writing more than 100 years ago.

Our current cultural and religious wars don’t need people to believe less, as some suppose would solve our problems, but rather need us all to understand what we believe more. And through it all, it requires us to cultivate humility and so treat others with respect and love. Intolerance is not simply thinking differently than another, it’s disdaining the other and their beliefs. But properly placed humility can provide a way through the muck.

Jonathan Dunn lives with his wife in Raleigh, NC. He holds degrees in English and theology from Wheaton College and currently spends most of his day reading math and science textbooks. 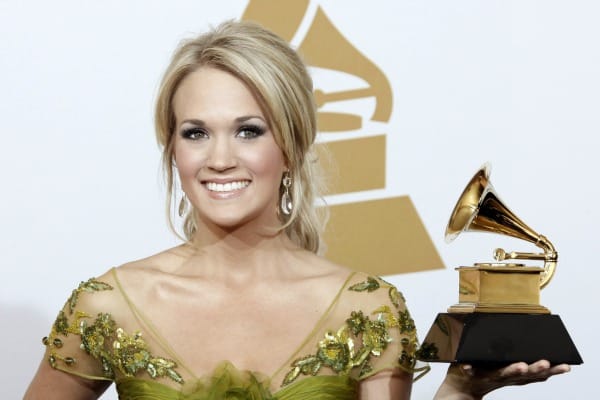 The Hills Are Alive With the Sounds of Carrie Underwood

5 Misunderstandings About the Holy Spirit