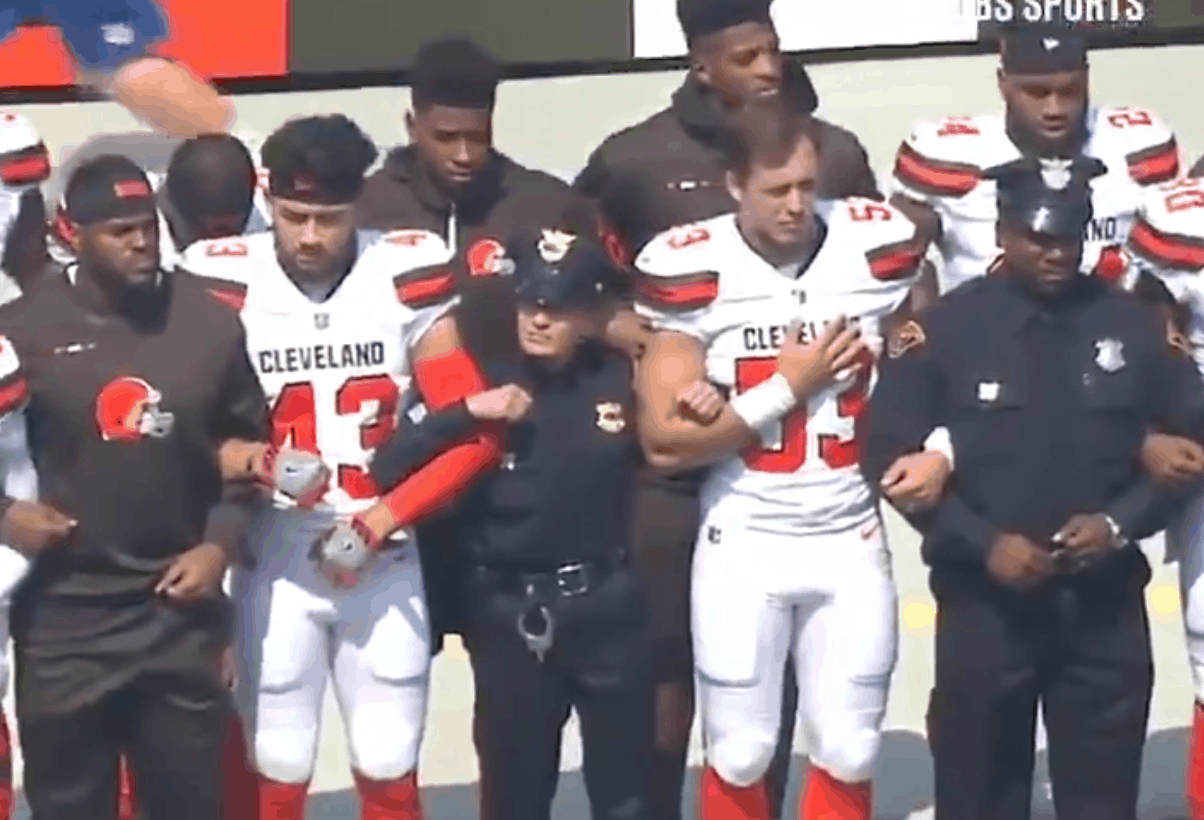 During the preseason, members of the Cleveland Browns gained national attention when they kneeled together in prayer before a game during the National Anthem.

Across the league, players have been demonstrating during the National Anthem, protesting police violence and racism. However, the demonstrations have been controversial: Earlier this week, Cleveland’s police unions said they would protest the pregame flag ceremony entirely and called the players who kneeled in prayer “disrespectful.”

But yesterday, before the team’s home opener, the players created their own show of unity: As they ran out of the tunnel onto the field, they were joined by police officers, members of the military and first responders who all linked arms together during the national anthem.

In Case You Missed It: Yesterday Browns players & Cleveland police officers linked arms during the national anthem in a display of unity. pic.twitter.com/6gcqlFAc4S

RIP Len Wein, Creator of Wolverine, Storm and Countless Others