Myles Campbell, from Kilwinning, Scotland, has kept a chocolate Revel in his fridge for the past 20 months because he says it looks like baby Jesus.

Photos of the peculiar discovery show the brown Revels chocolate with a white blob on it, complete with eyes and mouth — resembling a swaddled baby Jesus Christ from the nativity. 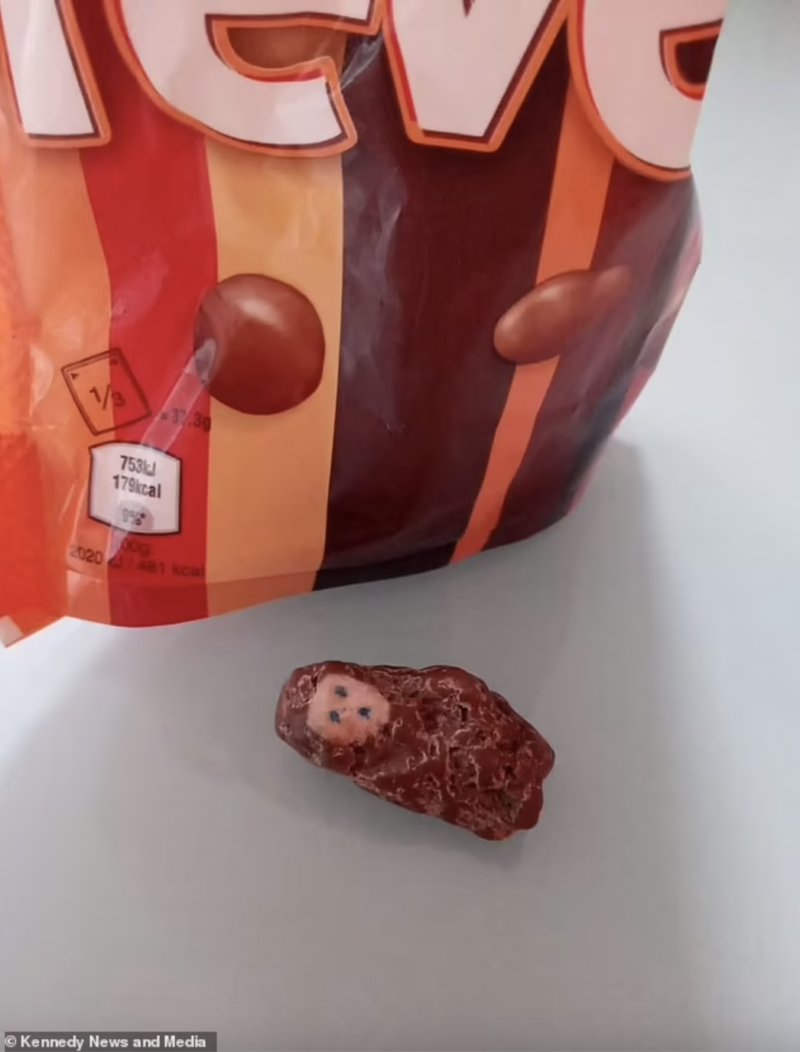 Myles was just casually snacking on a bag of Revels when he felt one was peculiarly shaped. The 38–year–old father–of–three said he was stunned when he saw it and immediately showed it to his kids. They agreed it looked like a “wee baby Jesus.” Myles said he couldn’t bring himself to eat the “divine” discovery, and he’s also banned his children from touching it.

“I couldn’t bring myself to eat it, it still lives in my fridge,” he said. “My children know not to eat it, they don’t touch it.”

The chocolate has been living in Myles’s fridge ever since, but he doesn’t know how long he’ll keep it.

“Until my wife finds that I’ve forgotten about it I suppose, then it will just disappear. It’s made it into the new fridge though as my wife moved him in there,” he said.

Why Churches Need to Talk About Suicide