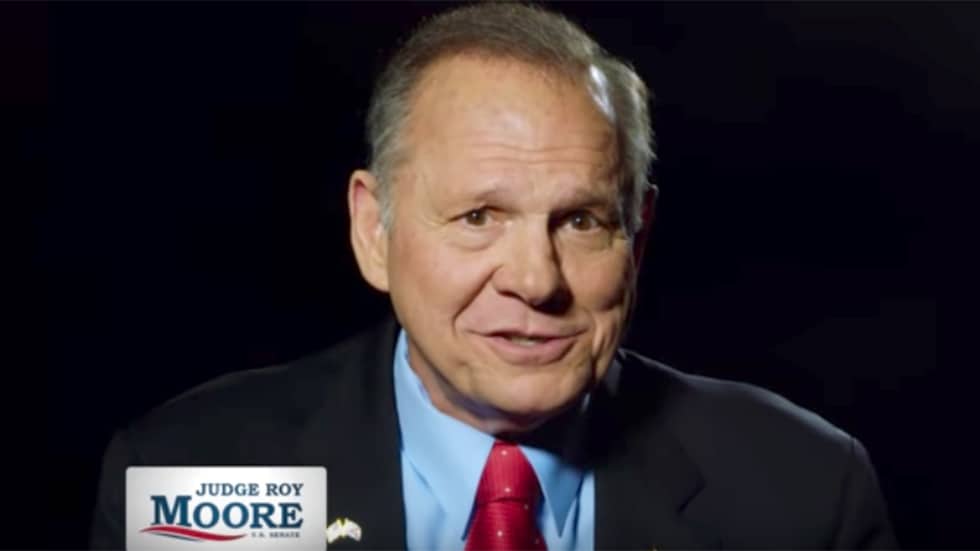 ‘The Federalist’, a rightwing politics/lifestyle site known for the hottest of hot takes (and being the preferred news source of white nationalists) has published two pieces in the last 48 hours calling for Alabama conservatives to overlook the mountain of credible child molestation accusations against Republican Senate candidate Roy Moore and vote for the guy anyway.

The first attempted to mount a biblical defense of Moore’s behavior. Titled “Why It’s Justified To Vote For A Morally Questionable Politician,” writer D.C. McAllister wrote that, in essence, God can use flawed people to accomplish His ends, so why not vote for one? As McAllister herself puts it: “God employed foreign kings to bring about his purposes of rebuilding the holy site of Jerusalem. For example, King Cyrus of Persia helped the Jews with royal decrees and financing to construct the temple, and later foreign armies defended them.”

Setting aside the question of whether or not the crimes of which Moore has been accused count as merely “morally questionable,” this argument doesn’t stand up to a second’s worth of scrutiny. If God can use a child molester, could He not also use Doug Jones, a Democrat who, so far as we know, has never had inappropriate contact with teenagers? It is certainly true that God uses bad people for good (think of King David and the Apostle Paul), but that doesn’t mean we should support bad people for leadership.

The second article, published on Thursday, is written by Tully Borland and titled “Why Alabamians Should Vote For Roy Moore,” and contains the startling paragraph: “I have a 14-year-old daughter. If I caught Roy Moore doing what was alleged, for starters I would kick him where it counts. That said, I don’t think it’s wrong to vote for Moore.” It doesn’t improve from there.

Pro-life Conservatives in Alabama may be understandably uneasy with the idea of casting a vote for Doug Jones, a Democrat with a history of supporting abortion rights. But that doesn’t make Roy Moore — a man credibly accused by multiple women of horrible things, a man who has said he does not believe Muslims or women should be politicians — a better choice simply by default.

We’re Supposed to Be the Good Guys