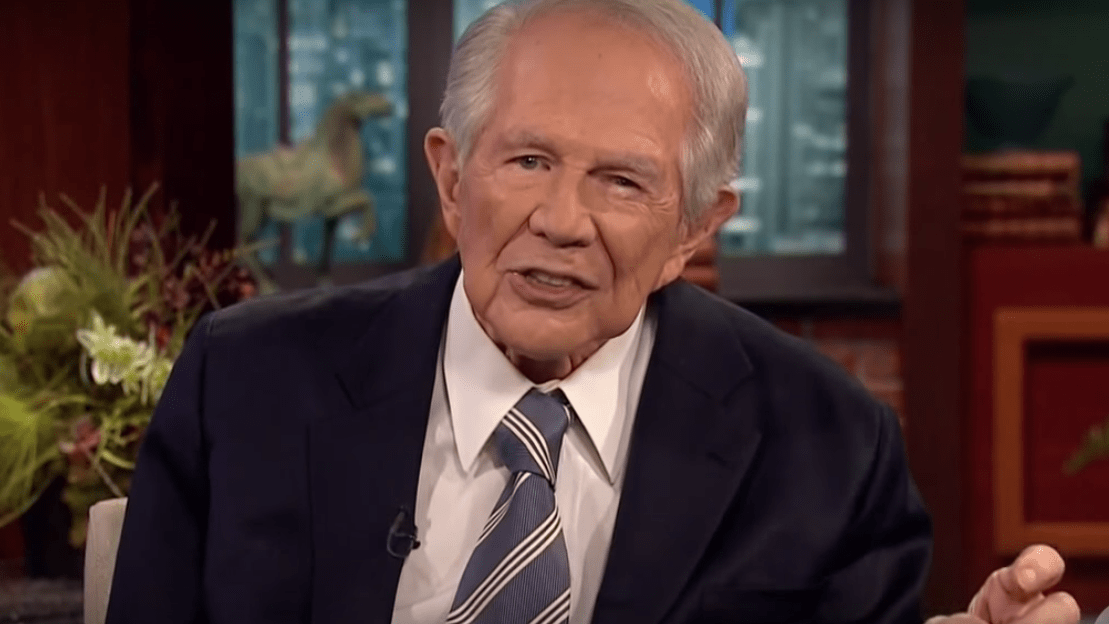 Are you sitting down? Why are you sitting down? This is not a drill, folks. We are in the middle of a spiritual crisis and need all hands on deck at this instant. Pat Robertson, evangelical televangelist and noted Congolese dictator advocate, has been a pretty staunch fan of President Donald Trump over the last few years. But, like many Trump allies, he balked at Trump’s remarkable decision to pull U.S. forces out of Syria, leaving Kurdish allies to be massacred at the hands of the Turkish government. But unlike many allies, Robertson predicted that this may put Trump in danger of losing the “mandate of Heaven.”

An American emergency if ever there was one.

“I am absolutely appalled that the United States is going to betray those democratic forces in northern Syria,” Robertson said on Monday’s broadcast of The 700 Club. “That we are possibly going to allow the Turkish to come in against the Kurds.”

“The president, who allowed [Washington Post journalist Jamal] Khashoggi to be cut in pieces without any repercussions whatsoever, is now allowing the Christians and the Kurds to be massacred by the Turks,” Robertson continued. “The President of the United States is in danger of losing the mandate of heaven if he permits this to happen.”

That first part is an interesting about-face for Robertson, who staunchly defended Trump’s decision to ignore Khashoggi’s death at the hands of the Saudi Arabian government by saying further investigation wasn’t worth risking “100 billion in arms sales.”

But the flight from Syria is, apparently, a bridge too far, and Robertson joins a bipartisan chorus of voices expressing grave concerns over Trump’s decision, which has already resulted in a Turkish shelling of farmlands outside a predominantly Christian village. Experts have warned that Christians are among the minorities most at risk from a Turkish invasion, and Christian communities pleaded with U.S. forces to remain in the area earlier this summer.

All of this is very grim, and while it’s not entirely clear what Robertson means by the “mandate of Heaven” or what convinced him Trump ever had it, it’s certainly notable that some of the President’s most loyal allies are drawing the line here.

Trump appeared to double down on his decision over (where else) Twitter, saying “[i]f Turkey does anything that I, in my great and unmatched wisdom, consider to be off limits, I will totally destroy and obliterate the Economy of Turkey (I’ve done before!)”.

So, even if Trump loses the mandate of heaven, he’ll still have his great and unmatched wisdom. Nevertheless, better to lose neither.