Whenever my father prayed, he prayed out loud. As a boy, I would stand outside his study at home with my ear cupped against the door. I listened to him pray for me, for us, for the world, and to receive the Holy Spirit’s “unction,” a word he liked to say. I felt comfort in his voice, knowing the pureness of what he did behind a closed door. As a boy I didn’t yet know that what happened behind preachers’ closed doors was not always as honorable.

When my father emerged from his study, he exuded the love of Christ. His spirit of radical kindness to his family, to his colleagues, to his neighbors and to strangers was forged on the anvil of prayer. He didn’t pray to be kinder. He prayed to be more like Jesus. Kindness seemed to follow that prayer. Profound and unconditional kindness was a byproduct of his passionate pursuit of Christlikeness. It was the fruit of the Spirit.

The kindness fruit showed up not just in our home but also around almost everyone he met. I recall few encounters with shopkeepers or waitresses when he didn’t ask questions or offer encouragement, when he didn’t make himself receivable. Usually, he was unashamedly kind.

Those moments were often awkward—at least they were for me, his shy and self-conscious son. He hugged the local Sunoco station attendants who pumped gas into our family’s Pontiac Bonneville, because he truly liked them. The name patches sewn on their shirts read Mohsin or Faheem or Mohammed. As he hugged, I slouched, lower and lower in the sedan’s backseat, wanting him to let go and move on.

The afternoon my father dropped off his sole-worn shoes, he asked the Armenian cobbler—whose name sounded like Kardashian—to pray with him over the polish-stained counter. He reached out, and their hands linked until the prayer was over. I kept an eye on the doorway, hoping no one would come in and catch them in the act of talking to God.

I was embarrassed then, but more recently I’m embarrassed by that childish embarrassment. Those days I thought my father didn’t know when to keep to himself, didn’t know when just to shake hands. But now I see him more accurately: a humble man who went out of his way to demonstrate kindness to so many he encountered—not just those he knew or agreed with.

His modus operandi was simple. He believed Jesus died for the Middle Eastern man changing his oil and for the elderly couple living in the house next door who probably checked “none” on religious affiliation surveys. As far as my father was concerned, kindness called him to love them, too.

He made himself receivable, though he was not always received. His friendly smiles, kind words, and waves to strangers were occasionally met with a brush-off, a scowl, or even a finger.

Pride more than anything else gets in the way of kindness, and it shows up in our aversion to being scorned. If we extend kindness in order to be received and thanked, we will dole out kindness only in safe places, places where we know we’ll be accepted. But when our kindness has to be anonymous, when our kindness is met with ingratitude, when our kindness gets the stiff-arm, then we often get offended. This is pride, not kindness. Kindness delivered is sometimes awkward and sometimes rejected, but this does not make it any less virtuous. The more we press into kindness in situations when we know it may not be received, the more selfless and Christian that kindness is.

Someone recently told me we never lead our enemies toward following Christ, only our friends. Kindness is how we try to make our enemies our friends, even if they refuse to accept our overtures. If we’re always thinking it’s us against them, we won’t get very far. We can’t influence people who are our combatants.

The power of kindness can do what the power of caustic arguments or arm-twisting can never do. If I don’t take this kindness idea seriously, especially among those with whom I disagree deeply, then how will they ever see in me the profound, reconciling, unmerited and sin- forgiving love of Christ? Too often we make the issue about who is right.

These moments of my father’s generous kindness and my own awkward reticence were elemental memories during my elementary years. With each of my father’s uninvited embraces and unrequested prayers, I’d blush, although I suspect that, subconsciously, I was also tucking away a lesson on how Christ calls me to live the radical way of kindness when it doesn’t come easily.

My father also showed me that having a kind spirit is not the same as having a pliable core. He would strike up a conversation on Saturday with a plumber whose language was as dirty as his job, and on Sunday—behind the pulpit—he spoke in biblical tones of strength and resolve and certainty and calling. I saw no gap between how he treated others and what he said in his sermons. He lived with a firm center and soft edges, following Jesus’ affirmation of greatest commandments (Mark 12:30-31). “Love the Lord your God with all your heart and with all your soul and with all your mind and with all your strength.” This was his life of a firm center. And “love your neighbor as yourself.” This was his life of the soft edges, the receivable life, the outrageous way of kindness.

I think about him today as I live in a culture increasingly skeptical of Christians and one that stereotypes them from a distance. I have learned from my father that living the Jesus way calls me as it called him to the winsomeness of the Gospel. The path to being heard by those who do not know Christ sometimes begins through our lives of kindness, as risky and awkward as this may be.

My father’s kindness was sometimes received, but it was often rebuffed. In his naiveté he usually didn’t see the snubbing coming, and when it happened, he continued undaunted. He got the kind thing in a deeper way, understanding Christ’s call to be kind to ingrates, even—and especially—when it was awkward.

Dr. Barry Corey is the president of Biola University and the author of Love Kindness: Discover the Power of a Forgotten Christian Virtue. 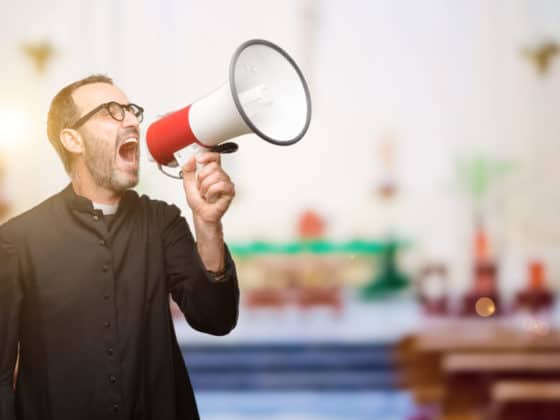 What We Get Wrong About ‘Giving Our Testimony’ 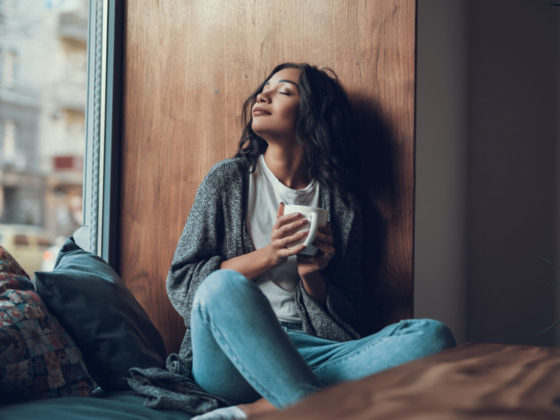