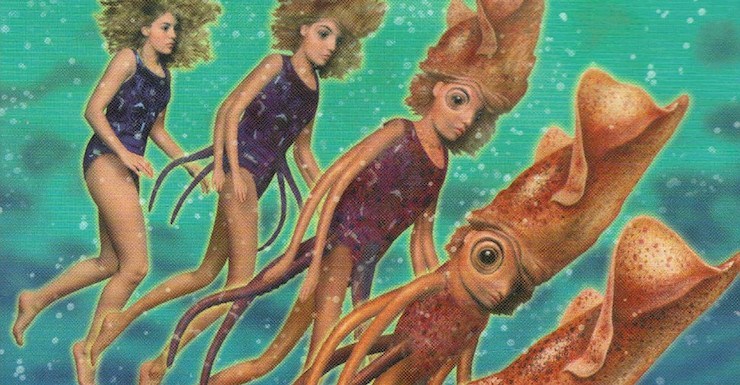 In 2019, if you know the Animorphs at all, it’s probably through their infamous covers, which have been memed into the pop culture canon. But there was a time when K.A. Applegate’s lengthy YA series about a group of children who become the first line of defense against a secret alien invasion was extremely popular.

Pre-dating the first Harry Potter book by a year, Animorphs’ easy selling point was that its youthful protagonists acquire the ability to transform into different animals. The series lasted over the course of 54 books, and the very last one was the source of a lot of fan controversy, as a lot of the series’ longtime readers were upset by the franchise’s dour, somber ending.

That’s because while Applegate was trying to make a statement about war, and how rarely they have a happy ending even if your side wins. Applegate explained the ending and some of her reasoning behind it in a thoughtful open letter originally posted to an Animorphs fansite. That open letter has been making the rounds on Twitter (if you’ve seen Animorphs trending, now you know why), and it’s interesting food for thought. She writes:

Here’s what doesn’t happen in war: there are no wondrous, climactic battles that leave the good guys standing tall and the bad guys lying in the dirt. Life isn’t a World Wrestling Federation Smackdown. Even the people who win a war, who survive and come out the other side with the conviction that they have done something brave and necessary, don’t do a lot of celebrating. There’s very little chanting of ‘we’re number one’ among people who’ve personally experienced war.

“So, you don’t like the way our little fictional war came out?” she continued. “Fine. Pretty soon you’ll all be of voting age, and of draft age. So when someone proposes a war, remember that even the most necessary wars, even the rare wars where the lines of good and evil are clear and clean, end with a lot of people dead, a lot of people crippled, and a lot of orphans, widows and grieving parents.”

The Animorphs received a brief, not terribly effective TV adaptation at Nickelodeon, but Universal gobbled up the film rights back in 2015, and while there appear to be no current plans for a movie, don’t be surprised if you hear rumors down the road.

The final book in Applegate’s saga was published just a few months before 9/11. As the Iraq War stretches into its 16th year, its lessons feel more relevant than ever.

The Gospel According to Frank Peretti: How an Unlikely Author Sold Christians on Horror

Superman’s ‘Truth, Justice and the American Way’ Motto Is Getting an Update

Eight Books to Add to Your Fall Reading List